General discussion of the plane, flying, or anything else.
Post Reply
9 posts • Page 1 of 1

Ed Terris another UK XL2 owner found this the other day:
https://www.jpaerogroup.com/#our-team
Paul Bartlett ex Discovery & Liberty CEO & Jason Russell have a new business starting up. Jason's biog doesn't mention being the current CEO of DA, which I thought he was. Clearly this doesn't necessarily mean JR won't continue to try to revive DA, but it would seem at best unlikely that it will now be his top priority.
If anyone is able to get a response from Jason to ask what his intentions are for DA that would be great. He didn't respond to my last ( very polite) email. At least we would know where we stand. I hope I'm not being unduly pessimistic but this doesn't seem to be good news.
If we could get him to give us the technical spec / drawings for e.g. the Friction base ( the part I'm currently needing), then we could look at getting it made in the UK. I wonder whether the USA supplier of that part to Liberty would release it? I know other parts are needed urgently. Just grasping at straws now.
Comments welcome
Bob
Top

It might be because the new owner has decided not to use the Discovery Aviation name.From memory,it was said they were moving to new premises which would make sense.Someone posted that parts manufacturing should be resuming soon.I believe the name has been ditched by the new owner.Its a wait and see game, which ever way we are now very close to knowing what's going on.Three weeks at most from my speculation
Top

That certainly is speculation, though I hope you're right!

As far as I know there is no "new owner", and Discovery Aviation has not changed hands, though they did have to reestablish certain portions of the business several months ago after having allowed some of the existing articles to lapse. As I recall, this was prompted by pending abandonment action by the FAA, which was in turn prompted by inquiries made on behalf of this user group, by a former XL-2 owner who had been an employee of the FAA.

Any news on this? I think we have to talk to the FAA again since nothing is happening on the Liberty side.
Top

Here is the latest from Jason from last Friday. This conflicts with an email last Dec when he was referring to expanded space in the old facility.

Hi Chuck
We are working on it. We are transferring to a new on-airport location in Sanford, from the facility south of Melbourne.
I'll give you an update early next week.


On Thu, Jul 21, 2022 at 4:10 PM CHARLES BLOOM <bloomch@aol.com> wrote:
Good Day Jason
Following up to see if there is any news on funding for the manufacturing of parts.

It`s just moving in circles here.My 3weeks to hear lapsed,now I will wait to hear whenever it happens.The real truth seem not to be coming out.
Top

This entire thread is so darn funny.
If any of you believe ANY of this, let me know. I've got some swampland up here in Alaska I'd love to sell you. It freezes over in winter, gets washed away in summer, but man, what a view!

Come on now people, THIS IS ALL ABSOLUTE BS! In the words of someone I know who actually DID design a few aircraft and knew "Doctor Russell" rather well - "Jason Russell couldn't design a paper airplane to fly across the room, let alone an actual flying machine capable of anything useful."

As I've been trying to tell you XL-2 owners for the past five years now - YOU'RE ON YOUR OWN. Either you form a class action lawsuit against the remnants of "Discovery Aviation" (my recommendation many years ago, and again in March 2020 when things went seriously south) to try and recoup some of your losses, or you're going to be stuck with soon-to-be-large-garden-ornaments. Some of you already are.
And THAT is the blatant, ugly truth, whether you want to believe it or not. And no, TCM are not going to miraculously start supporting the IOF-240B5B engine in your lifetime, so forget about that happening too. They're all just feeding you blah blah blah to keep you at bay and stop you from realizing the truth.

But hey, if you want to keep on drinking their Koolaide and waiting for the return of the Messiah, that's your choice, because apparently there's nothing that I can say or do to convince the die-hards of the truth, when they still think that Discovery is going to come back from the dead.

** CALL A LAWYER. ** Get the assets and the Type Certificate seized, based on outright fraud and deceit. And if you're lucky, those parts might keep you flying for a few more years. Might. That's your only hope at this late stage.

Or, you could try and make back your losses by investing in Merrill Flying Cars. Or Eclipse Jet. Or Angel Aircraft. Or 'JP Aerogroup'.

Or a dozen other aviation startups that were all designed to do one thing and one thing only - separate dumb investors from their money.

PS: Still not convinced? OK, why not go and visit "JP Aerogroup" at their 'Corporate Headquarters'. According to their website, they're located at
2903 West New Haven Ave #540, West Melbourne, FL 32904

Oh wait. Where is that address?
It’s at a “Box & Send Business Center”. Where you can rent a “large mailbox” for $18 per month.
https://boxsendbusinesscenter.com/ 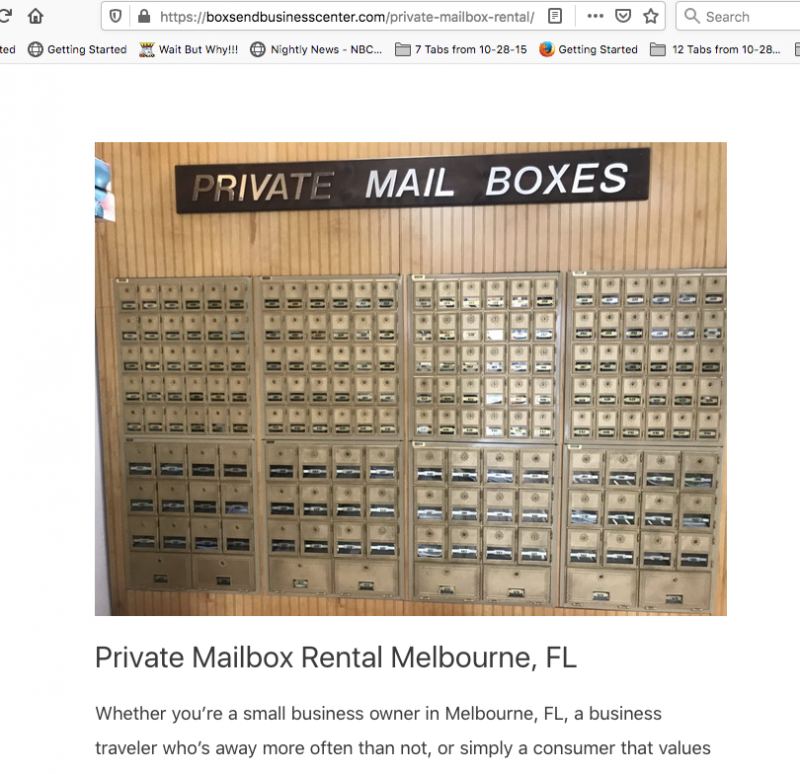 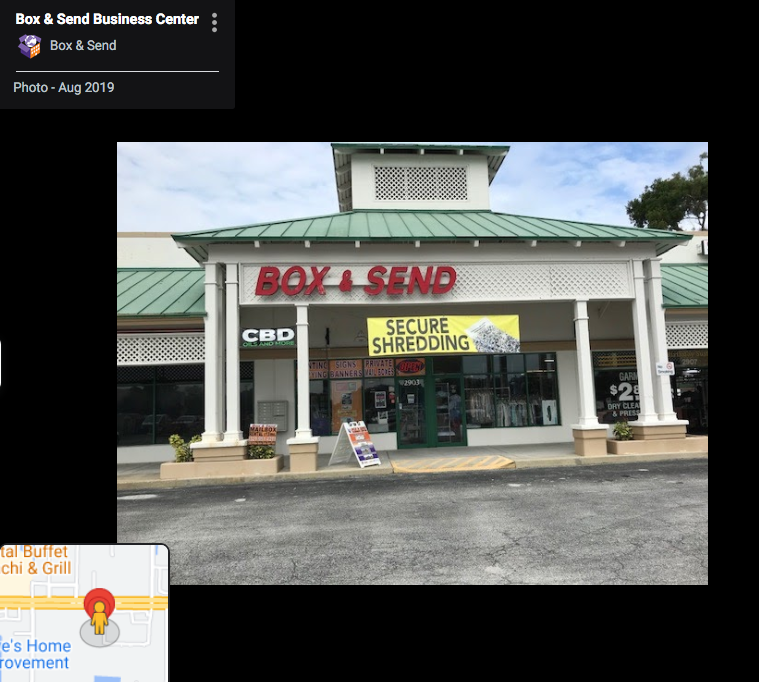 Paul to be honest I feel we let you down when you really wanted to help us.It was based on hope that the representative from Discovery was feeding one of our members with the truth.At this stage we need to be united and choose someone to represent all of us.Probably someone is doing it in the background but I feel all owners we need to be on this without wasting much time.Discovery or their representative must produce evidence of whatever they are claiming to be doing otherwise they need to come clean.One thing I have noted is there are owners who Hire their aircraft and would like to have the current certificate kept so they can keep hiring them.Are there any advantages if we worked with someone from Discovery and get changed to experimental?Last time the response was it wasn`t a favourable thing but now with the current state I believe we would be better off being experimental.
Top
Post Reply
9 posts • Page 1 of 1